On 17 January 2015, an important ground-breaking pioneering initiative on an innovative application and adaptation of Khan Academy’s e-learning platform for creating synergy between poverty reduction and quality e-learning for the disadvantaged youth was kicked off in Hong Kong.

Led by the Hong Kong Church Network for the Poor and with the support of several visionary universities, dedicated educators and passionate individuals, the initiative comes with a vision to provide enhanced quality learning opportunities for the disadvantaged youth. Learning will be carried out through using world-class quality e-learning educational resources tailored to Hong Kong's needs, together with tutorial and caring support from a group of facilitators and mentors.

The initiative consists of a small pilot trial run which was conducted in August 2014 with the first pilot project in a secondary school from October to December in 2014. Though many difficulties were encountered in the pilot project, some positive and encouraging stories and feedback from students, school principals and parents had emerged. Thanks to the hard work of a dedicated educator of a local university, a few tutorial videos of Khan Academy have been dubbed into the local language (Cantonese), which is the first time that Khan Academy videos have been translated into a local language of Hong Kong. Besides, some videos were translated into Traditional Chinese (HKSAR) subtitles by volunteers. 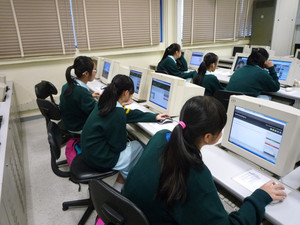 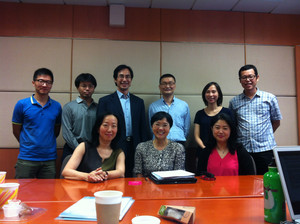 An important training workshop, with locally developed training modules and resources provided, was held in Hong Kong for the first group of pioneer facilitators on 17 January 2015. It was so encouraging that a major publicly listed company had sent a team of volunteers to join the facilitator training. In the next few months, the second pilot project will be expanded to cover two secondary schools, as well as reaching out to the local community to assist the youth in need of support through the collaboration with some non-governmental organisations. There are also continuous drives to recruit more volunteers, and to seek support from in order to reach out more young people and encourage a wider application in different schools and local communities.

This initiative may provide a glimpse of hope for reducing the poverty gap through quality e-learning and help revolutionise quality education in line with international trends. 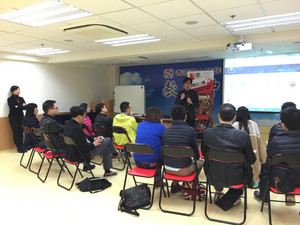 The first pioneering facilitator training in Hong Kong in January 2015